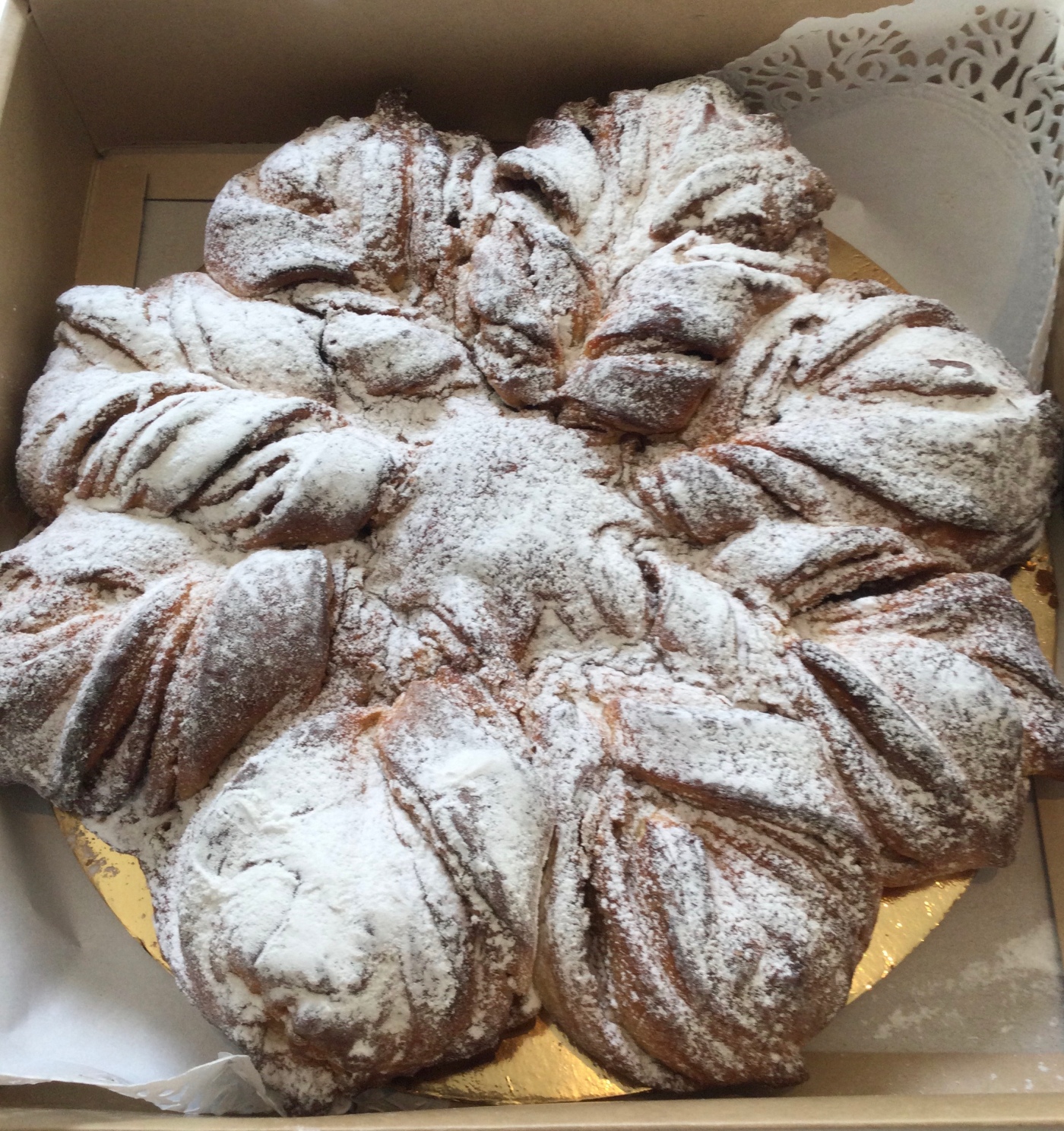 INSTRUCTIONS
Using a large baking tray cover it with a sheet of parchment paper.

To make the dough, combine all of the dough ingredients in a bowl of a stand mixer and knead at medium speed for about 7-8 minutes, until you have a very soft and smooth ball of dough.

Place the dough in a lightly greased bowl, cover, and let it rise for an hour, until it nearly doubles in size.

To shape the loaf, divide the dough into four equal pieces. Shape each piece into a ball, cover the balls, and allow them to rest for 15 minutes.

On a lightly floured work surface, roll one piece of dough into a 25cm” circle. Place the circle on a piece of parchment, brush a thin coat of beaten egg on the surface, then evenly sprinkle with 1/3 of the cinnamon sugar, leaving 2cm of bare dough around the perimeter.
Roll out a second circle the same size as the first, and place it on top of the filling-covered circle. Repeat the layering process — egg, cinnamon sugar, dough circle — leaving the top circle bare.

Place a 8cm round cutter in the center of the dough circle as a guide. With a sharp knife, cut the circle into 16 equal strips, from the cutter to the edge, through all the layers.

Using two hands, pick up two adjacent strips and twist them away from each other twice so that the top side is facing up again. Repeat with the remaining strips of dough so that you end up with eight pairs of strips.

Pinch the pairs of strips together to create a star-like shape with eight points. Remove the cutter.

Transfer the star on the parchment to a baking sheet. Cover the star and let it rise until it becomes noticeably puffy, about 45 minutes.

While the star is rising, preheat the oven to 190° Celsius.

Brush the star with a thin coat of the beaten egg. Bake it for 12 to 15 minutes, until golden with dark brown cinnamon streaks; the center should register 95°C on a digital thermometer.

Remove the loaf from the oven and allow it to cool for about 10 minutes before serving. Dust with confectioner
sugar and serve warm or at room temperature.